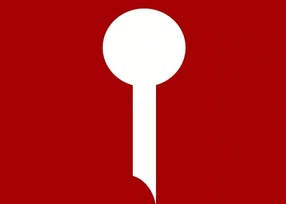 The 15,000 seat Jones Beach Theater was built in 1950.  Over the decades many companies such as Clear Channel, Tommy Hillfiger, Nikon, and most recently Northwell Health, have acquired the naming rights to the theater.

As such, all signage on the exterior of the structure, signage within the park, all promotional material, and all advertising of the Jones Beach Summer Concert Series, carry the company name.

This proposal to bring "F1 to Jones Beach" involves F1 acquiring at-least the naming rights to the theater, making it the Formula One Theater at Jones Beach, resulting in highly visible, permanent F1 element within the park, which is visited by 6 million people annually, and viewed by the countless people who drive past the theater each year along Ocean and Wantagh Parkways.

The company which owns the naming rights to the theater does not promote the summer concert series.  Therefore, considering F1's strong relationship within the entertainment sector, it becomes conceivable for F1 to acquire the promotional rights to the Jones Beach Concert Series as well.  Adding an entirely new dimension to the summer concert series itself, F1's role in entertainment, and its visibility within the the New York Tri-State Area.

Logically, post race concerts could be held here, and broadcast to viewing areas located on the beach.

Weather permitting, the proposed presence of F1 at Jones Beach presents a most unique and formidable opportunity to F1  during the spring, summer, and early fall months.  Particularly during the summer months, the theater can be utilized  for pubic and private F1 promotional events, but more importantly,  super-jumbo-screen race viewing, every Sunday.

The theater itself, located within this truly remarkable oceanfront park, within driving distance of the New York Tri-State area, and built by Robert Moses, becomes a sustainable, seasonal platform to promote the other North American venues, indeed all F1 venues, even in conjunction with the Department of Tourism of their respective host city and country.